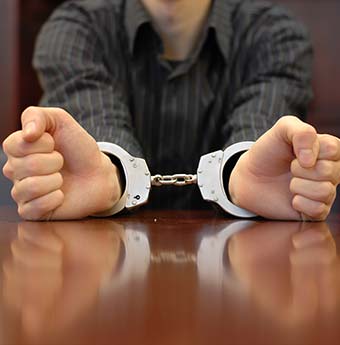 Federal drug charges may result in imprisonment, a loss of employment, an inability to own firearms, and, of course, permanent damage to one’s reputation.

If you have been charged with a federal drug crime, it is important that you speak with an experienced criminal defense attorney as soon as possible to fight the charges. The longer you wait to hire an attorney, the less likely it is that you will have a good result in your case.

The Difference Between Federal and State Drug Offenses

The federal government, along with individual state governments, has the power to create and enact laws. Often, state law and federal laws overlap. There are hundreds of drug laws that have been created by both the federal government and state governments. A federal drug charge is one that is brought by a federal agency. A state drug charge is brought by the individual state. It is possible to face both federal and state charges at the same time.

Federal drug charges may be brought for possession with intent to distribute an illegal substance, drug trafficking, or manufacturing drugs. Federal law targets those who intend to profit off of drugs—like creating a large drug ring, for example.

Whether a drug crime is a state or federal offense depends on where the arrest was made and who made the arrest, and other individual circumstances of the crime. Law enforcement officers will note how much of a drug an individual possessed and the likely purpose for having it. Possessing large quantities of a drug is more likely to result in federal charges.

Federal drug charges often carry severe penalties. A first time offender may face serious time for a federal drug charge. In fact, there are federal sentencing guidelines for many drug charges—and many crimes require a minimum prison sentence. Hiring an experienced criminal defense attorney will ensure that you present the best defenses possible in your case. A criminal defense attorney may be able to begin building a defense before you are even arrested if you consult with one early.

At the Aranda Law Firm, our El Paso legal team is experienced in federal drug charges. We will guide you through each step of the legal process and ensure that your legal rights are protected. Call today to schedule a consultation.