Facing False Accusations— Now What? Here’s what You Need to Know About Handling the Situation 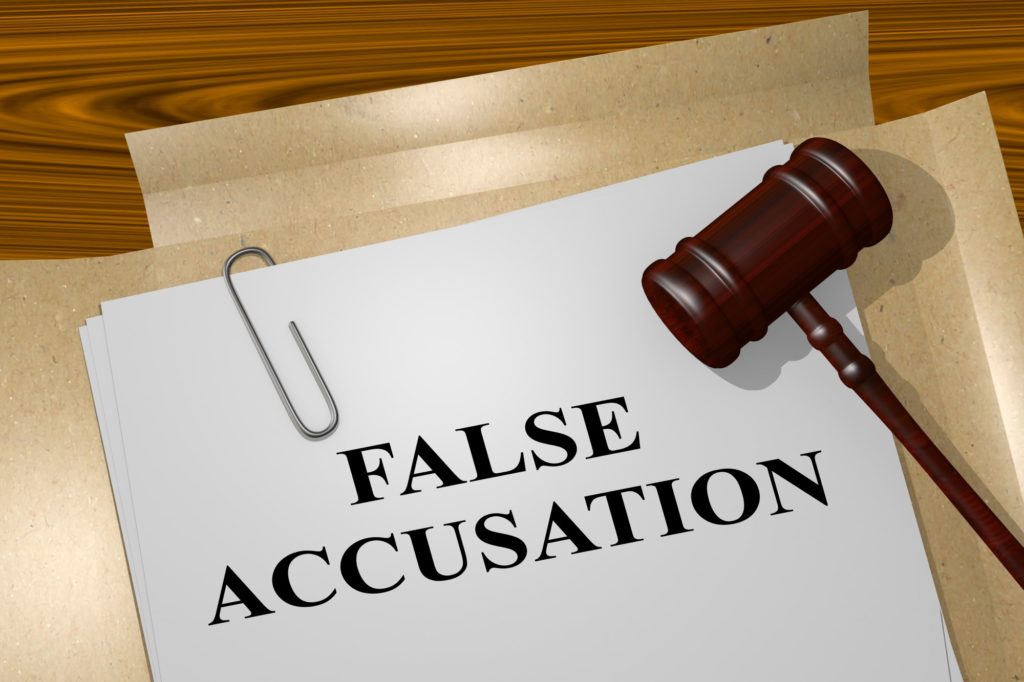 Facing false accusations can be emotionally harrowing and disorienting. It can also profoundly disruptive to your life, job, and relationships. Facing defamation affects every aspect of your life. When pulled into a legal dispute and falsely accused, the world starts spinning very quickly. While it may be tempting to swing back, defend oneself publicly, or confront the accuser, the best course of action involves a little restraint and seeking professional legal counsel to ensure you don’t find yourself in a tangled web of legal uncertainty.

So what do you do when someone falsely points the finger at you?

Here’s what you need to know.

What Are the Most Common Types of False Accusations?

In a 2020 survey conducted by YouGov, the numbers revealed that 8% of Americans have reported facing false accusations involving domestic violence, sexual assault, child abuse, or other forms of abuse. The survey also revealed that in 62% of these false accusation cases, the accusers were reported to be female. In about 27% of cases, the false allegations were part of or involving a child custody case.

Similarly, the National Registry of Exonerations showed that the biggest contributing factor to wrongful convictions involves false allegations and perjury.

In recent years —and in the climate of social media and cancel culture— the topic of false accusations and allegations has become more prominent in the public eye. Facing false allegations is a serious matter that gets murky very quickly without the right legal advice. The survey mentioned above stands as one of the only surveys collected on this matter. According to representatives of the survey, the respondents were representative of a varied sample of adults over 18.

As any family attorney will note, child custody cases are often embroiled in emotional tension and clashing temperaments. The process of untangling false accusations can often involve a lengthy litigation process and slow down the resolution of pending family cases. Unfortunately, some parties often find that throwing out false accusations can delay a decision of a pending child custody case and prolong resolution or entangle the other party in the complicated business of proving their innocence.

This tends to weigh heavily on both the accused and any child caught in the middle. This is why proceeding with caution when faced with this situation is your most valuable asset.

It may be the case that you don’t fully understand the scope of the allegations, their origin, or their intentions. So before any sudden reaction, here’s what you might consider doing.

#1 Embrace the Right to Remain Silent

This right is there for a reason, and when facing confusing and unnerving accusations, one tip is to exhibit restraint and remain silent. Do not lash out on social media. Do not call the accuser and berate them. Do not go pounding on the door demanding explanations. Do not publish posts defending yourself or fire back with insults against the accuser. All of the above is understandable, but this can and will be held against you in a court of law. Maintaining silence will help your case in the long term or when and if it goes to court.

#2 Hire an Attorney that Specializes in False Accusations

Attorneys know how this works. They can handle the system and operate within its complexities. You want an attorney on your side that provides legal counsel and guides you towards the best course of action, ensuring that the situation does not escalate or get out of control. An attorney will spring to action immediately and set you on the right path to clearing these allegations and returning to your life and your children.

Your attorney will help you with this, but gathering evidence and collecting documents or evidence that can exonerate you will be the first step towards building your defense. Examples of evidence might include records, eyewitness accounts, statements, documents, etc. Work with your attorney in finding evidence that will refute the allegations.

False Accusations are Illegal and Come With Consequences

The consequences are clear, however. For example, in Texas, the law is clear on this matter. Lying to a police officer is a crime and making a false police report is a Class B Misdemeanor.

Family law cases with contested child custody battles are often involved, as many false accusations are intertwined with circumstances wrought with vindictive sentiments or the desire for personal attack. Don’t end up tangled up. Call the right attorney today.

Fight Back with the Right Legal Team and Defense

At Aranda Law Firm, we work hand in hand with you to provide the best legal defense and ensure that your life is not disrupted based on false accusations. These cases turn complex, filled with turmoil, and they cause considerable stress. We try to minimize that for you while ensuring justice.

If you learned something from our blog today,
please feel free to share it with others.